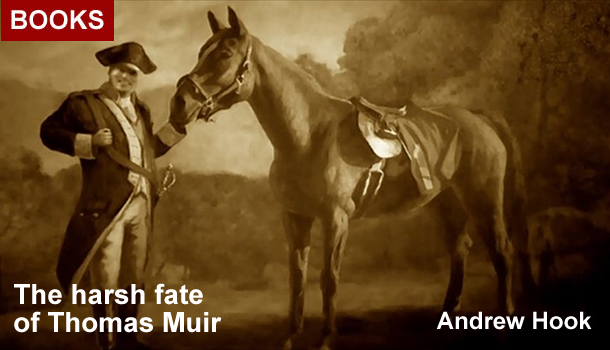 The degree to which Thomas Muir was or is a forgotten figure remains an open question. Born in 1765 and dying in 1799, Muir certainly became famous in his lifetime. A generation later, in the years after the passing of the First Reform Bill of 1832 which began the process of extending the right to vote in parliamentary elections to more and more British people, his fame was renewed. In 1844 an obelisk was raised as the Political Martyrs' Monument on Calton Hill, Edinburgh, dedicated to Thomas Muir alongside Thomas Palmer, William Skirving, Maurice Margarot, and Joseph Gerrald. Standing beside 'Edinburgh’s Disgrace' – the unfinished memorial to those who died in the Napoleonic wars – the obelisk remains part of Edinburgh's skyline. But do Muir and his fellow martyrs remain part of Edinburgh's – or Scotland's – memory?

The Martyrs’ Monument is inscribed with this quotation by Muir from the speech he made during his trial for sedition in August 1793: 'I have devoted myself to the cause of The People. It is a good cause – it shall ultimately prevail – it shall finally triumph'. Muir, that is, had been a leading voice in advocating major democratic reforms of the contemporary political system. However, found guilty of sedition in a Scottish court, like his fellow martyrs, he was sentenced to transportation for 14 years to Botany Bay, Australia.

The severity of this sentence ensured that Muir's trial was widely reported not only across the UK but also in France and the USA. In fact Muir remained in Australia for less than two years before being rescued by an American vessel. Having crossed the Pacific to California, Muir finally arrived back in France in 1797 to something of a hero's welcome. However he had earlier suffered a serious face wound in a battle with a British ship off Spain, and it is probably this wound that led to his early death in France in 1799.

On the face of it then, given his status as an early advocate of democracy and the rights of man, one might have assumed that Muir would have gained an honoured place among Scotland's pantheon of heroic figures. But the contributors to this book seem to agree that this has not happened. Compared with such figures as the persecuted Covenanters of the 17th century, the victims of the Massacre of Glencoe, not to mention Bonnie Prince Charlie and the Highlanders who suffered on his behalf, or even the Red Clydesiders of the 20th century, Muir and his fellow political martyrs seem not to have engrained themselves in Scotland’s historical consciousness.

Let no less a figure than former first minister Alex Salmond stand as living proof. In his contribution to this volume – 'Reviving the Spirit of the Country: ideas for the commemoration of Thomas Muir' – Mr Salmond tells us he first heard of Muir in a song: 'Like many people, I first came across the name of Thomas Muir listening to the singer Dick Gaughan'. (Both the words and the music of 'Thomas Muir of Huntershill' were written by the Scottish folk-singer Adam McNaughtan in 1996.)

I have to say I find it surprising that someone with Mr Salmond's cultural background should have been so late in coming across Muir’s name. I myself, despite living in Edinburgh and attending university there, have no clear memory of Calton Hill's Martyrs Monument and its meaning, but Thomas Muir and his story became very familiar to me in the 1950s when I was researching my Scotland and America dissertation at Princeton University. As the appendix to the subsequent book sets out in some detail, a number of Scots who shared Muir's reformist views were forced to seek refuge from persecution in the USA, while as I show Muir himself was widely celebrated there as a powerful advocate of democracy and the rights of man.

Nonetheless the more objective evidence supports those who argue that Muir became a relatively neglected figure: the prestigious 11th edition of the 'Encyclopaedia Britannica' (1911) has no entry for Muir, while that in the 'Dictionary of National Biography' seems to be of quite recent date. All the more reason then to welcome this volume and its account of the range of activities and events with which the 250th anniversary of Muir's birth was celebrated in 2015. But there is much more here than simply the rescuing of a reputation. In several important essays by scholars such as Gerry Carruthers, Don Martin, Satinder Kaur, Ronnie Young, Rhona Brown and Gordon Pentland, new light is thrown on Muir and his intellectual world. Let me finish by indicating the key issues that seem to arise from their contributions.

There is some degree of disagreement over how it came about that the young lawyer Muir came to play such a leading role in the Friends of the People movement established in 1792 to campaign for political reform in Scotland and England. Were his motives purely secular, or did religion play a part? Professor Carruthers emerges here as the major proponent of the latter position.

Muir grew up in a deeply religious Glasgow family. When he entered Glasgow University at an early age, divinity was the subject he aimed to study. Like many of Glasgow's influential merchant community, his father was a committed supporter of the popular party in the Church of Scotland and so opposed to the 'moderates' in the church who, influenced by new enlightenment thinking, had successfully diluted its commitment to the stricter traditions of Calvinism. An enduring area of dissent between the church's two parties concerned who should control the appointment of ministers to individual congregations. The popular party argued that such decisions should be made by the people – but in practice that meant by elders and the ministers themselves. The Moderates, on the other hand, were willing to allow 'the people above' – landowners and other establishment figures – to remain in charge, because they were much more likely to support more 'enlightened' clergy.

When Thomas Muir began to practise as a lawyer, several of the cases he took up involved long drawn out disputes of exactly this kind. And tellingly the party whose case in court he defended – some times successfully – was the popular one. Already then an anti-establishment figure, perhaps it was inevitable he would remain on the side of the people when the issue became political and secular rather than religious. But why had Muir chosen to study law rather than divinity? Crucial here, according to Don Martin, Ronnie Young, and Gordon Pentland (and Gerry Carruthers does not disagree) is the role of John Millar, Glasgow University's professor of law whose courses the young Muir attended in the 1780s.

In political terms, Millar was probably the most progressive of Glasgow's professors. (As early as 1792 he had helped the university's Senate pass a resolution in favour of the abolition of the British slave trade.) It seems to me almost certain that his was the decisive influence in persuading Muir to turn from divinity to the law. But however much he admired Millar, and however far he came to share his politically progressive views, Muir's behaviour towards the end of his student days in Glasgow shows he was already becoming his own man.

In the period 1783-86 Glasgow University was caught up in a series of bitter disputes between the irascible and combative Professor John Anderson ('Jolly Jack Phosphorous' as he was nicknamed) and the rest of his professorial colleagues. The dispute involved accusations of financial irregularities by Anderson and various consequential charges of slander and defamation. Anderson was able to gain support from merchants – like Muir's father – and others in the city, as well as from a range of students. The university retaliated by banning its student critics, threatening them with expulsion etc. Millar sided with his colleagues – however illiberal their behaviour – but Muir became a protesting student. In the end, with Millar's help, he was able to avoid expulsion by transferring from Glasgow to Edinburgh University to complete his degree.

Finally Alex Salmond would like us to see Thomas Muir as a founding father of not only Scottish democracy but of Scottish nationalism as well. In fact there is little to suggest Muir was committed to breaking the union of 1707. In his speech in his own defence in his trial for sedition he argued that the 1707 union meant that, in addition to the traditions of their own history, the Scots could tap into the English tradition of individual liberty as that had been established by Magna Carta and subsequent rulings. When the authorities in England sought to crush the Friends of the People in England by persecuting its leaders, this was the argument that led English juries to find the accused not guilty. Unfortunately for those who advance the argument that it is the Scottish people who have a natural inclination to uphold more liberal views, Scottish judges and juries proved more willing to do their masters' bidding. The result was the harsh fate of Thomas Muir. 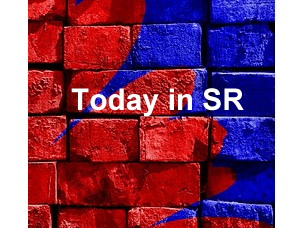 The Dustbin of History 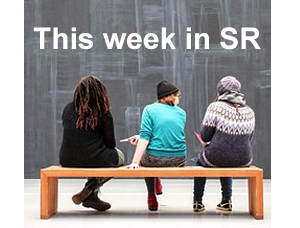 Feeling miserable? It's time to get over it
GERRY HASSAN

Why all the fuss about Robert Burns?
LEN MURRAY

In opposing Trump, we shouldn't
let the rage boil over
ALAN MCINTYRE